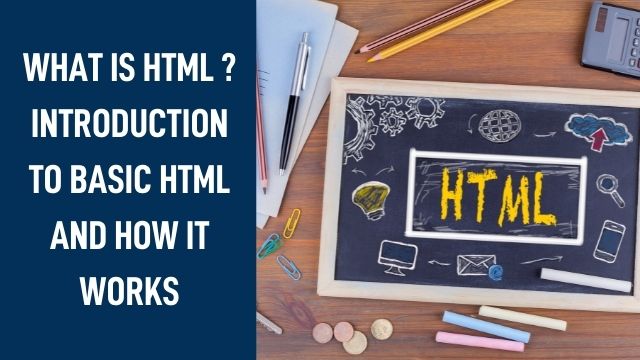 At its core, HTML is a pretty basic language composed of components that may be applied to sections of text to change their meaning inside a page (Is this a paragraph? Is it in the form of a bulleted list? Is it a table?), segment a document logically (Does it have a header? Three content columns? A menu? ), and include information such as photographs and videos into a page. This session will cover the first two of them and will expose you to the core ideas and syntax necessary for understanding HTML.

What Exactly is HTML?

To comprehend “HTML” from top to bottom, let us examine each word that comprises the abbreviation:

Hypertext: text (sometimes with embedded media such as graphics) that is structured in such a way that it connects similar things.

Markup: is a style guide for typesetting documents that will be printed in hardcopy or electronic format.

Language: A computer system’s native language, which it utilises to interpret instructions.

HTML is the language that defines the structure of web pages. This framework alone is insufficient to make a web page visually appealing and dynamic. As a result, you’ll employ assisting technologies such as CSS and JavaScript to beautify and add interactivity to your HTML, respectively.

In this instance, I prefer to compare the three technologies – HTML, CSS, and JavaScript – to a human body.

How Does HTML Work?

A typical website has numerous distinct HTML pages. A home page, an about page, and a contact page, for example, would all have their own HTML files.

HTML documents are files that terminate with the extension.html or.htm. The HTML file is read by a web browser, which produces its content for internet users to see.

Each HTML page has a sequence of HTML components, each of which consists of a collection of tags and attributes. HTML components serve as the foundation for a web page. A tag indicates to the web browser the beginning and end of an element, while an attribute defines the element’s properties.

An element’s three fundamental components are as follows:

When these three components are combined, an HTML element is created:

<p>This is the HTML syntax for adding a paragraph.</p>

Another vital component of an HTML element is its attribute, which is comprised of two sections: a name and an attribute value. The name specifies the extra information that the user wants to provide, while the attribute value provides further details.

For instance, a style element that incorporates the color purple and the font family Verdana will appear as follows:

<p style=”color:purple;font-family:verdana”>This is how you add a paragraph in HTML.</p>

Another significant property is the HTML class, which is critical for development and programming. The class property includes style information that applies to many items that have the same class value.

For instance, we’ll apply the same style to the header <h1> and the paragraph <p>. Under the class. important, the style comprises a background color, a text color, a border, a margin, and padding. To maintain consistency in style between <h1> and <p>, add class=”important” to each start tag:

While the majority of elements have an opening and closing tag, certain elements, such as empty elements, do not need closing tags to function. These components lack an end tag due to their lack of content:

Finally, each HTML page must begin with a <!DOCTYPE> declaration indicating the document type to the web browser. With HTML5, the public declaration of the doctype HTML will be as follows:

HTML Evolution – What Differs Between HTML and HTML5?

HTML’s first version had 18 tags. Since then, each subsequent version of the markup has included additional tags and attributes. The language’s biggest important improvement to date occurred with the release of HTML5 in 2014.

The primary distinction between HTML and HTML5 is that HTML5 introduces additional forms of control. Additionally, HTML5 introduces many semantic elements that provide a clear description of the content, including <article>, <header>, and <footer>.

HTML, like every other computer language, has strengths and weaknesses. HTML’s benefits and drawbacks are as follows:

Also Read: How to Install WordPress Effectively: A Step by Step Guide

The structure of an HTML Element

Let’s go a little further into this paragraph element.

Our element’s primary components are as follows:

Attributes are used to store additional information about an element that you do not wish to display in the actual content. Here, class is the name of the attribute and editor-note is the value of the attribute. The class property enables you to provide a non-unique identifier to the element, which may be used to target it (and any other elements with the same class value) with style information and other information.

An attribute should always include the following:

The Structure of an HTML Document

That summarises the fundamentals of each HTML components, yet they are insufficient on their own. Now we’ll examine the process by which separate HTML parts are integrated to create a whole HTML page. Let’s review the code we included in our index.html example (which we initially saw in the article Dealing with files):

Here is what we have:

Now, let us return our focus to the <img> element:

As previously said, it embeds a picture in the location in which it appears on our website. This is accomplished using the src (source) element, which specifies the location of our image file.

Additionally, we’ve included an alt (alternative) property. This feature allows you to provide descriptive text for viewers who are unable to see the picture for one of the following reasons:

Alt text should include the phrase “descriptive text.” The alt text you create should give enough information for the reader to get a sense of what the picture is conveying. In this case, our present wording of “My test picture” is completely ineffective. A far more appropriate option for our Firefox logo would be “The Firefox logo: a fiery fox encircling the Earth.”

Now is the time to improve the alt text for your photograph.

This section will discuss many of the most important HTML elements that you’ll utilise to format the content.

You may use heading elements to indicate which sections of your text are headings — or subheadings. As with a book, an HTML document may include a primary title, chapter titles, and subtitles. HTML has six heading levels, <h1> to <h6>, but you’re likely to employ no more than three or four:

Anything in HTML between <!— and –> is considered an HTML comment. When the browser displays the code, it ignores comments. In other words, they are hidden from view on the website and only exist in the code. HTML comments allow you to provide valuable information about your code or logic.

Now, right above your <img> element, try adding a relevant title to your HTML page.

You’ll see that the first level of your header has an implicit style. Avoid using header components to increase the size or boldness of text, since they are required for accessibility and other purposes, such as SEO. Attempt to arrange your headers in a sensible order on your pages, without skipping levels.

As previously stated, <p> components are used to hold paragraphs of text; they are typically used for marking up normal text content:

<p>This is a single paragraph</p>

Include your example text (which you should have downloaded from What will your website look like?) in one or many paragraphs just underneath your <image> element.

The majority of online information comes in the form of lists, for which HTML provides particular components. Lists are usually marked up with at least two components. The two most often encountered list types are sorted and unordered lists:

Each item included inside the lists is enclosed in a <li> (list item) element.

For instance, suppose we were to convert a portion of the following paragraph fragment into a list.

<p>At Mozilla, we are a collaborative worldwide community of engineers, philosophers, and builders… </p>

We could change the markup to something like this.

Consider adding a list to your example page, either sorted or unordered.

Links are critical – they are what define the web as a web! To create a connection, we’ll utilise a straightforward element —<a> — “a” being the abbreviation for “anchor.” Follow these procedures to convert text inside your paragraph into a link:

If you skip the https:// or http:// element of the web address, referred to as the protocol, you may get unexpected consequences. After creating a link, click it to ensure that it takes you where you intended. 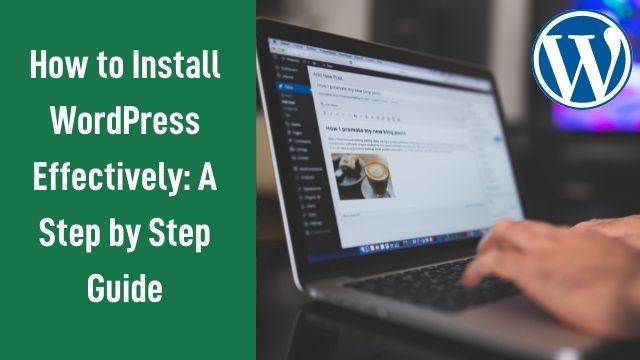 WordPress is the world’s most popular website builder. It is used to power roughly 43% of all websites on the internet. The primary reason for this is because WordPress is very simple to install, which enables anybody to establish a website. Each of the finest WordPress web hosting providers enables you to install WordPress in… 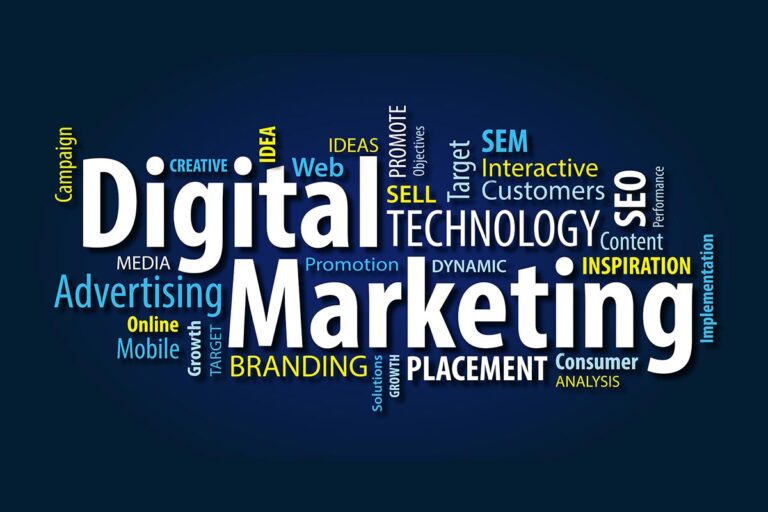 What Is Digital Marketing ? Digital marketing refers to the use of the Internet, mobile devices, social media, search engines, and other avenues to reach customers referred to as “digital marketing”. When compared to conventional marketing, some marketing professionals believe digital marketing to be a whole new undertaking that necessitates a new approach to clients… 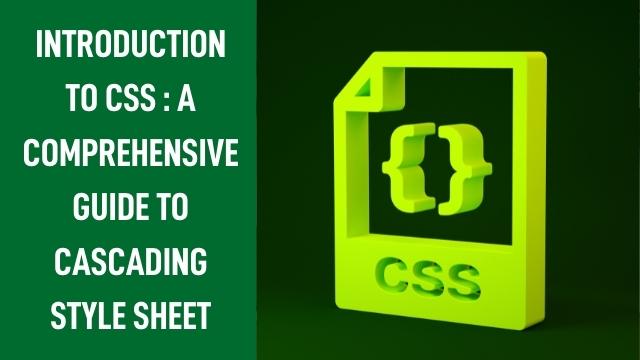 CSS stands for Cascading Style Sheets. The coding language used to create a website is what dictates its design and layout. CSS, like HTML, is critical to web design. Without it, web pages would be made up entirely of text on white backgrounds. Prior to the World Wide Web Consortium’s (W3C) creation of CSS (Cascading… 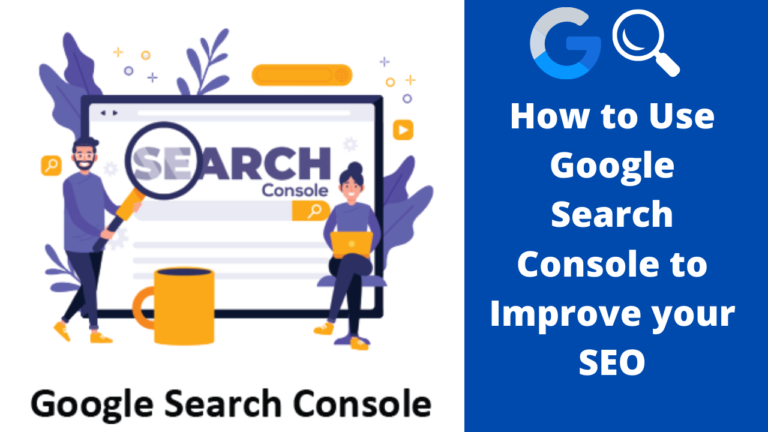 Google Search Console is a free service that enables users to monitor their site’s traffic, analyze keyword performance, resolve problems, and get notifications from Google about their site. It gives insight into how a website performs in organic search and suggests strategies to improve the site’s position in the Google index. (However, unlike Google Analytics,… 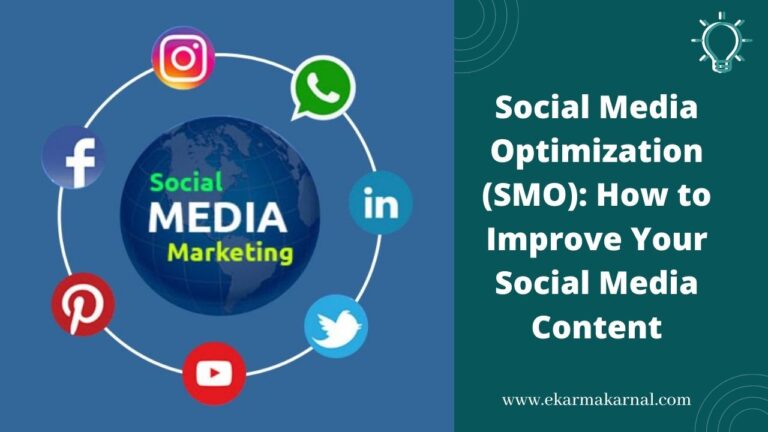 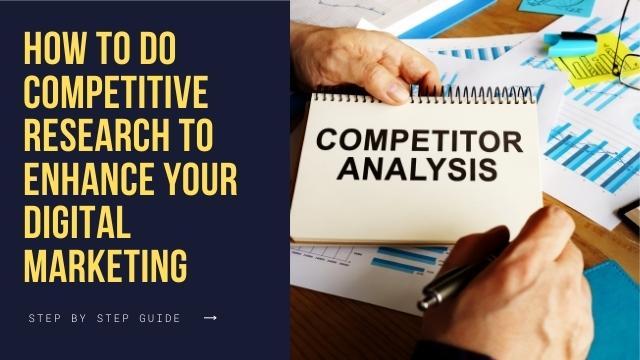 Competitor research is the process of identifying and describing your rivals via the collection of critical information about them. The behaviour is a little more polished than watching a business on Facebook or hearing a competitor’s reviews by accident. Rather than that, competitor research adheres to a predetermined format. The findings of this study are…